Does work really work for the Carers?

According to research from Carers UK, one in eight adults are Carers, with another 6,000 people taking on caring responsibilities each day – that equates to over two million people each year!

The reasons why people take on caring responsibilities vary but the benefits of avoiding costly residential home fees and being able to provide personalised and familiar support to family and friends are clear.

This week (7 – 13 June 2021) is Carers Week and this year’s theme is to Make Caring Visible and Valued. Statistics show that five million people in the UK are juggling caring responsibilities with work – that’s one in seven of the workforce, so this article focuses on the ways in which your workforce may be impacted as a result of their responsibilities and how this may impact on their work.

Through Carer UK’s research, more than eight in ten surveyed unpaid Carers described themselves as lonely or socially isolated due to their caring responsibilities. Some of the contributing factors identified were:

It is well reported that social isolation is a key contributor to poor mental health.

84% of Carers say they never expected to become a Carer, which indicates that this is often a role which is placed on people, and often at short notice. A new Carer will need to take responsibility for a whole range of functions they may never have considered before: medication, medical appointments, services to engage with as well as providing personalised support. These are highly stressful situations and can often lead to Carers neglecting their own health and wellbeing. 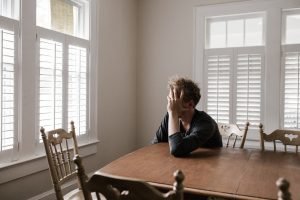 The Carer’s relationships with other family, friends or work colleagues can also alter, leading to feelings of isolation and lack of understanding and support.

So whilst we recognise that caring for someone can be highly rewarding, it is important to seriously consider the other elements of the role which can negatively impact on their health, work and social life and to identify if, as employers, we are doing enough to recognise and support the Carers in our workforce.